There are more ways to visit Paris than you might think. You can do a walking tour, you can take a cruise on the river, or you can visit the Catacombs of Paris right under the ground of the city.

It is an experience that will change the way you see Paris. Well, we promise the city of love won’t become the city of corpses all of a sudden, but it will add a new piece to the big puzzle that makes the image of the city.

We will now tell you a bit of their history and some facts to explain why they are worth a visit.

The Catacombs of Paris have not always been an ossuary: they originally were a limestone quarry with tunnels that would connect the various excavation points.

In 1780, the Les Innocents cemetery’s walls collapsed due to the high number of bodies buried there, which started to come out of their tombs due to the subsequent overflowing. Local authorities decided to move the deads and give them a new place to rest.

After making tunnels safe, the cemetery was emptied between 1785 and 1787, and the bodies moved overnight to the new catacombs. The miners completed the job by moving them into place, giving the walls their typical composition of skulls and tibiae.

After the French Revolution, more bodies were buried in the Catacombs of Paris, which were opened to public in 1809 with great success among the middle class.

In total, over 6 million people rest in there.

The Catacombs of Paris in the 20th century

The tunnels are over 300 km long and reach various points of the city. For this reason, the catacombs were exploited by both German soldiers and French partisans during World War II.

Since 1955, no visit is allowed without a guide, however, the network is so articulate that it was impossible to find all entrance points until the 80s, so people could enter the catacombs right from their own homes.

One of the most famous stories is the one about Mr. Aspairt, a doorkeeper who entered the catacombs in 1793 and never came back. 11 years later he was found dead… near the exit! The cause of his death still remains a mystery, but he was buried right there.

People get lost all the time, sometimes for days, but they are also a good place for hiding, especially for thieves. The last crime was in 2017, when a group of thieves stole some some expensive wine breaking into a cellar from the catacombs.

The weirdest episode, however, happened in 2004, when police found a real cinema in one of the caves, with a screen, seats for people, and professional equipment. There were also a bar and a restaurant with tables and chairs.

The Catacombs of Paris are an important testimony of French history from the Revolution until recent years. Although it might sound like a macabre experience, it is very intense and interesting.

Unfortunately, tourists are only allowed to visit a small part, but we promise the experience will be intense and interesting. 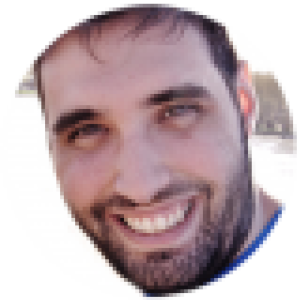